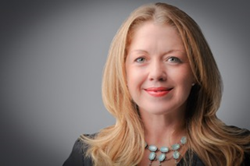 Alcohol-related incidents have been recognized as a significant public health issue in the United States for decades. These result in billions of dollars in lost lives, lost productivity, healthcare costs and property damage each year, while inflicting an enormous emotional and physical toll on its victims, as well as their families and loved ones. Throughout the year and each April especially, Suncoast Rehabilitation Center is dedicated to raising awareness of alcohol addiction—its societal impact and particularly its underlying causes. Driving under the influence (DUI) is an area of heightened focus as repeat offenders often return to their cars and the streets, threatening public safety.

The statistics surrounding the problem of driving under the influence are staggering. For example, in the United States in 2012, an average of one traffic fatality caused by drunk driving occurred every 51 minutes (1) and approximately one in three drunk-driving convictions involve repeat offenders. (2) Data studied by the National Highway Traffic Safety Administration (NHTSA) revealed that the risk of being involved in a fatal car accident is four times higher for a person with a DUI conviction – and with each additional drunk driving arrest, the probability grows that an individual will be involved in a fatal car accident. (2)

Tammy Strickling, Executive Director of Suncoast, maintains that the justice system is failing the public by continuously putting people with DUI convictions back on the street without addressing their underlying alcohol addiction through treatment programs. News reports abound of repeat offenders who continue to drive while alcohol-impaired despite previous arrests:

While Strickling commends actions to significantly reduce drunk driving offenses –such as the invention of ignition interlock devices, which prevent a car from starting if a driver’s breath registers a certain amount of alcohol (5) – she maintains that such tools do not address the cause of an individual’s alcohol abuse, which is the key to overcoming the daily battle of staying sober.

“Individuals who abuse alcohol and other drugs can be rehabilitated when they receive treatment for their addiction and its fundamental causes,” said Strickling. “Sentencing those convicted of DUI to light jail sentences, work release or community service does not treat their addiction, nor does it prevent them from re-offending.”

Suncoast offers hope to individuals struggling with alcohol dependence through a rehabilitation program that can adequately address each aspect of the person’s addiction. By enabling its clients to take the first step in conquering addiction and reclaiming their lives from alcohol, Suncoast’s medical team designs treatment programs to physically address the nutritional deficiencies created by substance abuse and tailoring client therapy to help provide insight into their personal causes of addiction—all intended to help those suffering from addiction confront life better, without reverting to alcohol.

Located in Spring Hill, Florida, with a 76% success rate, Suncoast Rehab Center provides long-term residential treatment, intensive physical detoxification, life skills and cognitive therapy and counseling. Suncoast is licensed by the Florida Department of Children and Families, and was recently awarded a 100% inspection score for the fifth year in a row. Suncoast has a mission to educate youth and adults about drugs and the dangers of drugs, with the aim of preventing future drug use and abuse. Suncoast handles the physical deficiencies, weakness and problems created through drug use, without the use of additional drugs. Clients are helped to uncover the issues that led to their drug use through counseling, therapy and life skills that put the client back in control of his/her life and future. Suncoast’s purpose in drug rehabilitation is to heal the whole person and give the person tools and education to remain drug–free. For more information, visit http://www.suncoastrehabcenter.com/?kmas=324.

← Client in the News: An Interview with Gary Cardone of eConsumerServices with the Journal of Payments Strategies
→ $50,000 Price Tag: Study Reveals Healthcare Issues, Medication-Related Problems in Elderly Cause Undue Burden on Families and U.S Economy

Advice Disclaimer. This information is not intended to be a substitute for professional public relations or legal advice. Do not disregard professional legal advice or delay seeking professional PR or legal advice because of something you have read here. Contact an attorney to obtain advice on any particular legal issue or problem. Use of this Web site or any of its e-mail links do not create an agency-client relationship between JoTo PR and the user.

PR has changed.Being effective is now an act of ANTI-PR.

Learn from #PRWINS and #PRFAILS – crazy cool stories of the real public-opinion landscape today and how companies are navigating the muddy waters… or not!